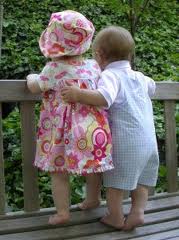 (from wikipedia.com)
". . . Buzzy Linhart (born March 3, 1943) is an American rock music performer and musician.
Born William Linhart in Pittsburgh, Pennsylvania, he began honing his craft playing percussion for symphony at the age of seven, switching to vibraphone at ten. (It is not known specifically when he actually acquired his nickname of "Buzzy.") At fourteen he entered the Cleveland Music School Settlement which was a world renowned conservatory of music. Because of this training he led bands all through school and at the age of 18 entered the U.S. Navy School of Music as a percussionist. In 1963, he moved to New York City and became friends and roommates with John Sebastian. He also became a protege to the senior guitarist and folk singer Fred Neil. One of his first bands, with fellow musicians Steve DeNaut, Serge Katzen and Max Ochs was the Seventh Sons who released one influential raga-rock LP for ESP Records. Buzzy eventually released a series of solo albums from the late 1960s to the mid-1970s starting with his Philips "buzzy" in 1969.

His prowess on the vibraphone found him performing as a session musician on recordings by Buffy  Sainte-Marie, Richie Havens, Carly Simon, Cat Mother; the All Night Newsboys and even Jimi Hendrix(on the Cry of Love).

Perhaps Linhart's biggest claim to fame was his joint authorship and composition of (You Got To Have) Friends, a collaboration with Mark "Moogy" Klingman, which became singer Bette Midler's de facto theme song. This was the end of his major label career, but although he never achieved commercial success, Linhart has continued to write, record, sing and compose music to this day. He also achieved some notoriety from his appearance in the opening sequence of the cult movie The Groove Tube, as a hippie hitchhiker. He was also a regular on the 1976 television show Bill Cosby. . . " 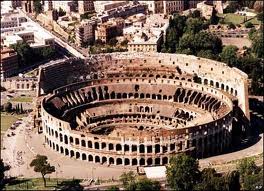 Posted by RayJozwiak at 3:08 AM 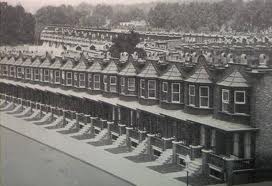 ALERTS TO THREATS IN 2012 EUROPE : BY JOHN CLEESE

The English are feeling the pinch in relation to recent events in
Libya, Egypt and Syria and have therefore raised their security level from
"Miffed" to "Peeved." Soon, though, security levels may be raised yet again
to "Irritated" or even "A Bit Cross."

The English have not been "A Bit Cross" since the blitz in 1940 when
tea supplies nearly ran out. Terrorists have been re-categorized from
"Tiresome" to "A Bloody Nuisance." The last time the British issued a
"Bloody Nuisance" warning level was in 1588, when threatened by the Spanish
Armada.

The Scots have raised their threat level from "Pissed Off" to "Let's
get the Bastards." They don't have any other levels. This is the reason
they have been used on the front line of the British army for the last 300
years.

The French government announced yesterday that it has raised its
terror alert level from "Run" to "Hide." The only two higher levels in
France are "Collaborate" and "Surrender." The rise was precipitated by a
recent fire that destroyed France 's white flag factory, effectively
paralyzing the country's military capability.

The Germans have increased their alert state from "Disdainful
Arrogance" to "Dress in Uniforms and Sing Marching Songs." They also have
two higher levels: "Invade a Neighbour" and "Lose."

Belgians, on the other hand, are all on holiday as usual; the only
threat they are worried about is NATO pulling out of Brussels.

The Spanish are all excited to see their new submarines ready to
deploy. These beautifully designed subs have glass bottoms so the new
Spanish navy can get a really good look at the old Spanish navy.

Australia, meanwhile, has raised its security level from "No worries"
to "She'll be alright, Mate." Two more escalation levels remain: "Crikey! I
think we'll need to cancel the barbie this weekend!" and "The barbie is
cancelled." So far no situation has ever warranted use of the final
escalation level.

A final thought -“Greece is collapsing, the Iranians are getting
aggressive, and Rome is in disarray. Welcome back to 430 BC”. 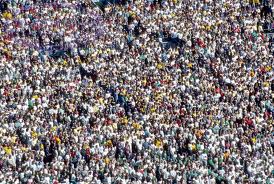 Irrespective of our position, it really does appear that, in spite of the tragedy of the Martin/Zimmerman situation, we have ALL become victims . . .

Posted by RayJozwiak at 3:13 AM 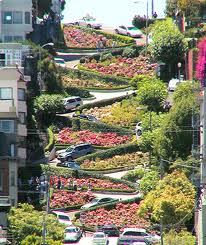 **  a young boy was shot and killed

**  no charges were filed against the shooter, no arrest was made

**  the story remained local for about a month

**  more than a month after the fact, 'witnesses' corroborated with the shooters now revealed story that he was attacked by the boy

**  the shooter's whereabouts are unknown at latest report

Doesn't everyone deserve justice?
The identities of victim and perpetrator appear obvious.
At first hearing, there is no apparent justice.
Everyone deserves a fair trial.
If one is not guilty, why would one hide?
A human being has died.
A fair trial must be held.
'Stand Your Ground' is a STUPID law!!

Posted by RayJozwiak at 3:44 AM 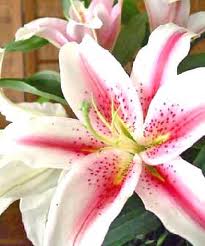 You were always
In the right place
At the right time
When I needed
You to be there
In the rain or shine
And I don't believe
I ever heard
A word of complaint
Sometimes there was not
A word at all
You were always
There to give me
The direction true
Now it's time I
Must be there
For you.

In a world where
There is danger
And uncertainty
You were there to
Give me comfort
And security
You were like the sun
Upon which could be
Counted to rise
Like the rain you gave
What made me grow
And though now things
Seem confusing
I can't make you see
I'll be here 'cause
You were there
For me.

Posted by RayJozwiak at 2:56 AM 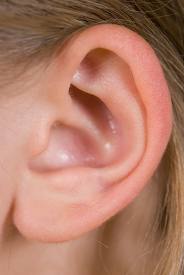 . . . They overheard you
Just the other day
A simple word
About the way we get along
If only I were sure
Of the semantics
Having doubts 'cause I'm
One hopeless romantic
Could it be
You're slipping away from me
What will I do
If what I'm thinking is true
And you want to be
Really free of me
I won't last very long
Very far from your heart
And this third-hand intelligence
Might be the way that it starts. 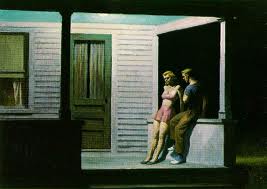 . . . an early summer evening but was in reality, an obscenely unusually warm March evening.  Returned home from rehearsal and philosophizing with the boys in Oho.  Grabbed a quick bite of leftover pizza (not just ANY pizza mind you, but a chicken fajita pizza with a drib of Lamoreaux Landing Bordeaux blend to accompany) and headed off to shower and sleep. . .

. . . when I heard from across the street, the sound of an acoustic guitar and a young, blues-influenced male vocalist.  I would like to have grabbed my Taylor and joined them, but being quite older, wise and tired, I decided not, and simply reveled in the memories of similar evenings in summer as a youth and the just plain pleasant feeling that listening to that faint music through the open window on this warm, spring evening provided.

Posted by RayJozwiak at 4:20 AM