Posted by RayJozwiak at 9:15 PM

Email ThisBlogThis!Share to TwitterShare to FacebookShare to Pinterest
Labels: depends, forever, is, leave, love, near, ray Jozwiak, together, welcome 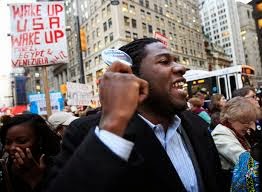 
We hope your Thanksgiving was great -- and that your conversation with your Tea Party uncle went ok. :)

Today is Black Friday, the traditional start of the holiday shopping season. So we wanted to make sure you saw our progressive holiday gifts.

Click here to check out our limited-edition Elizabeth Warren hoodies, stickers, and more!

Thanks! -- The Bold Progressive PCCC Team

Due to popular demand, progressive holiday gifts are here!

Give the gift of Elizabeth Warren this season (although we feel like it's Christmas every day she's in office). We've also brainstormed some other gifts -- progressive media, books, and more.

1) Give the gift of Elizabeth Warren. Our limited edition T-shirts, hoodies, bumper stickers, magnets, and onesies are American made and union printed. Shop here. . .

Posted by RayJozwiak at 7:33 PM

(from No One Left To Lie To; The Values of the Worst Family by Christopher Hitchens)

"The impression has been allowed to solidify that there was no price to be paid for all this; that the very definition of political skill was an ability to act without conscience.  Appalled by the sheer raw ruthlessness of the President and his defenders, the Republicans and the conservative churches decided to call it a day.  Marvin Olasky, the born-again Rightist who had originated the idea of "welfare reform" and been at Newt Gingrich's elbow, wrote a book on Presidential morality in which he said that if only Clinton had been a more regular churchgoer, and would even now ask for God's mercy, all might be well.  It was no only liberals who failed the test set by Clintonism: the world of the "prayer breakfast" was his ally as surely as were the boardrooms and the Dow Jones.  But millions of Americans still realized that something had been lost in the eight years of reptilian rule.  The embarrassing emptiness of the 2000 election, especially the loss by the Democratic Party of even the slightest claim to any moral or ethical advantage, is one small symptom of what has been so casually thrown away.  Meanwhile, the warm-blooded and the thin-blooded could only discuss the scaly and the remorseless in hushed tones, as the ensuing chapter will demonstrate.  Perhaps one day the hot-blooded will have their revenge. . . "

Posted by RayJozwiak at 7:34 PM 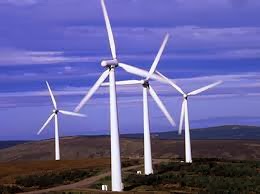 Dear Global Economy, we thank thee for thy economies of scale, thy professional specialization, and thy international networks of trade under Ricardo's Law of Comparative Advantage, without which we would all starve to death while trying to assemble the ingredients for such a dinner as this.  Amen.  - Eliezer Yudkowsky

Let us take a moment to think about where the food we are about to enjoy has come from and to acknowledge those who worked to bring us this food. Let us appreciate the earth, the sun, the air, and the water needed to nourish the plants and animals. Let us thank the farmer who cared for the plants and animals and the migrant worker who toiled to harvest the crops. Let us thank the laborer who processed the food, the truck driver who brought the food, and the grocery store workers who displayed it. Finally, let us thank our friends who prepared this meal and have provided us with the opportunity to be together and share each other’s company. - Herb Silverman

This food is the gift of the whole universe - the sky, and much hard work.  May we eat it in mindfulness, so as to be worthy to receive it.  We accept this food so that we may practice the path of understanding and love.
-Thich Nhat Hanh

In the spirit of humility we give thanks for all that is.  We thank the great spiritual beings who have shared their wisdom.  We thank our ancestors who brought us to where we are now.  We are grateful for the opportunity to walk this planet, to breathe the air, to taste the food, to experience sensations of a human body/mind, to share in this wonder that is life.  We are grateful for the natural world that supports us, for the community of humankind that enables us to do many wondrous things.  We are grateful that we are conscious, that as intelligent beings we can reflect upon the many gifts we have been given.  - Unknown

Got no checkbooks, got no banks.  Still I'd like to express my thanks - I got the sun in the morning and the moon and night.  _ Irving Berlin

Posted by RayJozwiak at 6:30 PM 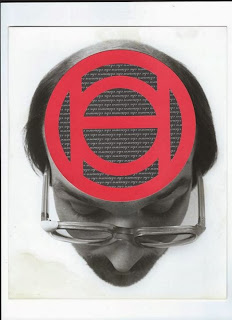 . . . blustery Friday evening, in the heart of the Baltimore County seat, in a welcoming and homey Towsontowne eatery, played a band. . .

Posted by RayJozwiak at 4:16 PM 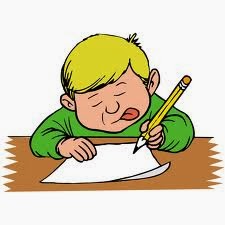 In a recent essay at www.truth-out.org/opinion/item/20156-an-open-letter-to-you, William Rivers Pitt expresses an extreme helplessness at some recent events in the news which are representative of some of the major problems in modern American society.

The Democratic politician who smashes all the worldly belongings of people who live on the street because he hates homeless people;  the video game based upon the Sandy Hook tragedy which was banned post-haste while nothing was done about the causes of the initial tragedy;  and the young, 99 percent-er who died of a treatable ailment because of the inability to get health insurance.
Details can be pursued through the hyperlink above.

There's not much to add.  And I certainly could not add anything that would be as eloquent as what Mr. Pitt has composed. I do feel the need to quote this particular portion though:

". . . I hope it is not a hollow room, a hollow country, a hollow soul I speak to, because these three stories happen all the time, and every day. This is where you live, and this is who you are. If you have a conscience, it makes you feel dirty in your heart.

We are responsible for this. We are all part of this thing that is dismantling our basic humanity brick by brick.

Posted by RayJozwiak at 6:56 PM 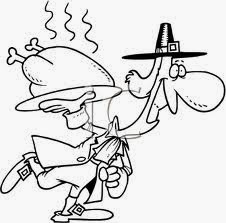 
November 22, 2013 6:00 am  •  By CHUCK MUTH
On this coming Thanksgiving holiday, I would be eternally grateful if our government-run education camps would teach the next generation of Americans the true story of Plymouth Rock rather than the romanticized fairy tale version.

Ten years ago I read for the first time Matthew Givens’ column titled, “Thanksgiving: America’s Lesson on Why Socialism Doesn’t Work.” And I’ve been reading it to my home schooled kids every Thanksgiving ever since.

“When the colonists first landed” at Plymouth Rock in 1620, Givens wrote, “they signed something called the Mayflower Compact. Most of us have heard this document praised as an early social contract helping different people live together. What most of us never learned was that it was also an experiment in socialism.”

The Mayflower Compact required that all the colonists donate all the benefits derived from their work — farming, fishing, clothing, etc. — into the “common stock” and only take out what they actually needed. You know: From each according to ability; to each according to need.

Well, as the story was told by then-Gov. William Bradford, the young men of the colony became unhappy campers about being forced to “spend their time and strength to work for other men’s wives and children.” And since the non-producers got the same amount of goodies from the common stock as producers, the producers simply stopped producing.

As such, “the amount of food produced was never adequate.” Thus the inadequate harvests of 1621 and 1622 did, in fact, lead to famine, malnutrition and starvation among the Pilgrims.

But it wasn’t the Indians teaching them how to farm that ultimately rescued the colonists from their plight. What did? Old-fashioned American capitalism!

“In 1623,” Givens explains, “Bradford ‘gave each household a parcel of land and told them they could keep what they produced, or trade it away as they saw fit.”

“By 1624, the colony was producing so much food that it began exporting corn.”

“Thanksgiving,” Givens concludes, “far from being the simple and uninspiring story of a group of people learning how to farm, is actually a celebration of what has made America itself great.

It is the story of people working together by working for themselves first, and in so doing, improving the standard of living for everyone.”

Posted by RayJozwiak at 6:56 PM 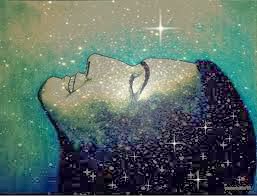 If only we could dispense with every bad situation in our own lives as easily as Newhart, Cranston et al. . . (remember Bobby's dream in Dallas). . .


(from http://www.today.com/entertainment/breaking-bad-alternate-ending-reveals-it-was-malcolm-dream-2D11603773)
For those who didn't care for the actual dark and bloody "Bad" finale, picture this: Cranston (as "Malcolm's" dad Hal) wakes up in bed next to his wife Lois (Jane Kaczmarek) from "the scariest dream." Huddling under his covers, he whimpers to her that he'd dreamed he was a meth dealer whose companions included a man who looked "like the guy from 'The Shield'" (Dean Norris' Hank Schrader) and "a man child" (Aaron Paul's Jesse) "who always looked like he was wearing his older brother's clothes" and used "the b-word a lot." The faux ending sequence is a nod to "Newhart's" 1990 series finale, in which Bob Newhart woke up in bed next to his "The Bob Newhart Show" wife (Suzanne Pleshette) and declared he'd had a dream that essentially rendered "Newhart" as a long, confusing nightmare. Meanwhile, back in the "Bad" clip (which Sony Pictures had pulled from YouTube citing copyright infringement, but can currently be seen here), Lois is dubious of Hal's fears. "I knew this was going to happen, you grow a beard and suddenly you think you're Osama bin Laden," she says.

Posted by RayJozwiak at 9:04 PM