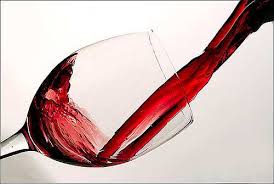 
"Give me books, French wine, fruit, fine weather and a little music played out of doors by somebody I do not know."
-John Keats

"The wine-cup is the little silver well, Where truth, if truth there be, doth dwell."
-William Shakespeare

"I cook with wine; sometimes I even add it to the food."
-W. C. Fields

Posted by RayJozwiak at 8:33 PM 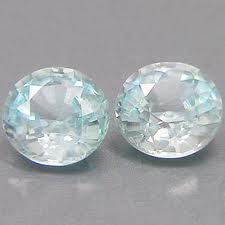 #1
"Republican comes in the dictionary just after reptile and just above repugnant."
-Julia Roberts


While both statements are hilariously funny, particularly to those leaning opposite the position of which the fun is being made, both statements have much in common, one of which is being an over-simplified, inaccurate generalization of a very large, diverse group.

But the most glaring and relevant quality these statements share is:

Posted by RayJozwiak at 7:00 PM 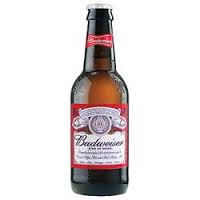 Adolphus Busch IV, heir to the Busch family brewing fortune, resigned his lifetime membership in the National Rifle Association recently, writing in a letter to NRA President David Keene, "I fail to see how the NRA can disregard the overwhelming will of its members who see background checks as reasonable."

The resignation came a day after the Senate rejected a series of amendments to a gun control bill, including a bipartisan deal to expand background checks for gun sales. The NRA had vigorously opposed all those measures.

"The NRA I see today has undermined the values upon which it was established," wrote Busch. "Your current strategic focus clearly places priority on the needs of gun and ammunition manufacturers while disregarding the opinions of your 4 million individual members."

Busch joined the NRA in 1975 and has spoken before of his love of hunting. But the NRA has moved in a direction that Busch would not follow. "One only has to look at the makeup of the 75-member board of directors, dominated by manufacturing interests, to confirm my point. The NRA appears to have evolved into the lobby for gun and ammunition manufacturers rather than gun owners," he wrote.

Busch told Keene, "It disturbs me greatly to see this rigid new direction of the NRA." He singled out the gun lobby's reversal of its 1999 position in favor of universal background checks, as well as its opposition to an assault weapons ban and a ban on high-capacity magazines. "I am simply unable to comprehend how assault weapons and large capacity magazines have a role in your vision," he wrote.

"Was it not the NRA position to support background checks when Mr. LaPierre himself stated in 1999 that NRA saw checks as 'reasonable'?" Busch wrote, referring to NRA CEO Wayne LaPierre's testimony at a Senate Judiciary Committee hearing in the wake of the 1999 Columbine High School shooting.

At that time, LaPierre said the NRA believed that universal background checks were a "reasonable" choice. The group even took out ads in major newspapers that read, "We believe it's reasonable to provide for instant background checks at gun shows, just like gun stores and pawn shops."

One week after that hearing, LaPierre rolled out the same argument that he would use 14 years later to attack President Barack Obama's gun safety proposals -- namely, that until the government prosecutes more background check violations, there is no point in expanding them.

Posted by RayJozwiak at 3:31 PM 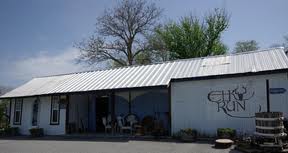 Posted by RayJozwiak at 8:59 PM 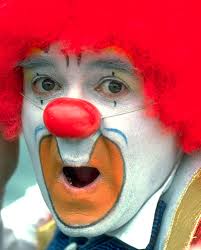 McDonald's was fined by a consumer protection agency in Brazil for targeting children in advertisements for  Happy Meals in the amount of 3.2 million reais (US $1.6 million). And though the amount may not make much of a dent in the fast food giant's pocketbook, the agency leveling the fine could issue additional citations should the firm persist in the offensive practices.

"There's no need to appeal as they do to children without the maturity or the rationality to enter the market as consumers," said an agency representative. The penalty is the latest in a series of increasingly aggressive tactics by Brazilian regulators, who recently have cracked down on large firms for perceived consumer abuses. In recent months, phone companies and private health plans have all been penalized for violation of consumers.

Here at home, a judge threw out a lawsuit against Happy Meal marketing. U.S. regulators have urged companies to voluntarily end food advertising to children unless they are promoting healthy fare, but typically, industry groups are putting up a fierce fight - Surprise! In calculated cooperation, McDonald's has added apples and reduced the amount of french fries in its children's Happy Meals, but insist on keeping the free toy. They also began listing calorie information on menus throughout the United States before the national rule requiring same.
(thanks to The American Journal of Transportation)

Posted by RayJozwiak at 2:13 PM 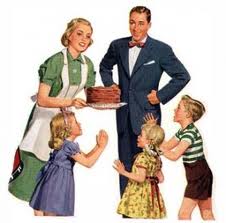 Nostalgia brings back “compassionate conservatism”. What a crock that was.

GWB's presidential library in Dallas, Texas is now open.  Legacy? The controversies of the Bush administration from Iraq, the “global war on terror,” the aftermath of Hurricane Katrina and the fallout from the 2008 financial crisis come to mind.  So do crimes against humanity.

Some legacy. And even his supporters think that he won’t win the kind of historical vindication THEY once thought inevitable.  Vindication??!!  Damned fools!

His presidency was based on deceit.  Or maybe it evolved into Meantime he and his buddies reaped tremendous financial gain on war accessories and oil.

Supporters describe the new library as a "blunt and forthright assessment of the Bush presidency". Visitors will experience a "frank discussion of what was done and why it was done. . . it doesn’t shy away from controversy. The museum takes on the biggest issues for which the president was criticized.”

Objective assessment?  I don't really care.  I won't be visiting.

I, among many others, have had, directly and indirectly, enough of the GWB fallout.  My only hope is that one day, he AND his accomplices are brought to justice.
(thanks to Michael O'Brien, Political Reporter, NBC News)

Posted by RayJozwiak at 8:42 PM 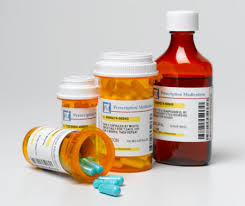 U.S. Senator Max Baucus -- known as the "Senator from K Street" because of his ties to corporate lobbyists -- is retiring! Former Montana Governor Brian Schweitzer, a bold progressive populist who supports single-payer health care, would be a strong ally of Elizabeth Warren and lists Paul Wellstone as one of his heroes wants the job. If you're in Montana, let Baucus know where to find the exit by shaming him for voting with gun manufacturers against 79% of his constituents who want background checks. While Max Baucus takes millions from Wall Street, insurance companies, and special-interest lobbyists, Schweitzer is one of the most popular public figures in Montana precisely because he fights big corporations.

Asked about his political heroes, he says, "One is Teddy Roosevelt, who took on the trusts, who recognized—as we ought to recognize today—that corporations are controlling not just our governments but our everyday lives, and there needs to be some equity for families and small businesses. It was Teddy Roosevelt who recognized that there are some pieces of land on this planet that are so special that they need to be conserved for future generations. It was Teddy Roosevelt who warned us about getting into foreign entanglements: “Speak softly, carry a big stick . . and the second would be Paul Wellstone, for many of the same things. Paul Wellstone was the conscience of the United States Senate. When other Senators would line up and cower behind the curtains of big insurance and the military-industrial complex because of their huge campaign contributions...it was Paul Wellstone who often times was the one vote when 99 votes went the other way. Those are the kinds of leaders that we need in this country.
(source:  wwww.boldprogressives.org)

By The Way,  Two Upcoming Performances in the Maryland Area:

Posted by RayJozwiak at 8:11 PM 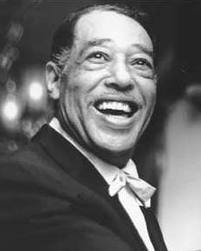 "There are two kinds of music. Good music, and the other kind. "    -Edward Kennedy “Duke” Ellington


Muhammad Robert Heft, a Muslim community leader in Toronto  said Muslims had helped the security services detain the suspects in an alleged "al Qaeda-supported" plot to blow up a U.S.-Canada rail line.

"We have to be on the front lines," Heft said. "To either nip it in the bud in the very beginning or co-operate with authorities so they can be brought to justice."

"In our community we may look a little different, but in our hearts we love Canada. It's our country. It's our tribe," he added. "We want safety for all Canadians regardless of their religion."

U.S. officials said the attack would have targeted a rail line between New York and Toronto, a route that travels along the Hudson Valley into New York wine country and enters Canada near Niagara Falls.

Posted by RayJozwiak at 7:14 PM