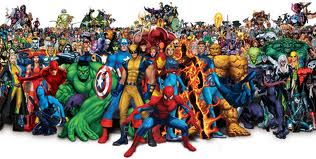 (from wikipedia.com)
NFL Rush Zone: Guardians of the Core is an American action-adventure animated television series. The show centers around a 10-year-old kid named Ish (short for Ishan Howard), who learns he must protect shards of a power source called "The Core", hidden at 32 NFL stadiums. A television movie closed the first season on February 5, 2011. Nickelodeon announced a second season of the show (titled NFL Rush Zone: Sea­son of the Guardians) on September 6, 2012 and is set to premiere on November 30, 2012.

Ish must try to protect one or more NFL team's shard every Sunday while trying not to be caught by his mom. He must protect the shards with the help of OT and the rushers.

Main Characters
Ish - The protagonist of the series and wielder of the strange power known as the Rush Zone, Ish learns that he is the guardian from OT after being watched by him for a while.

OT - The strange man who explains to Ish about the Core, the Rusherz, and Sudden Death.

Sudden Death - The antagonist of the series, he planned on using the Core to take over the Universe and hired Ash when she was rejected as the Guardian. He was destroyed during the final battle for the Core.

The Gameballz - The guardians of Ish.

Ash - (short for Ashley) Works for Sudden Death and helped capture Ish. She was supposed to be the Guardian, but the Hall of Legends had determined her to be unworthy of the job.

Shandra - Ish's mother. OT warns her that, as the Guardian's parent, she is Sudden Death's next target.
Secondary

Bolt - the Chargers Rusher, whom Ish met at the Chargers home game. He is a humanoid creature whose outfit consists of a white and blue football helmet with Chargers lightning bolts for a facemask and wears blue and yellow shorts with floral print. He was voiced by Zach Appelman.

Blitzbotz - Sudden Death's mechanical minions with one mission: collect the shards. They also have an arsenal of corruption footballs, which corrupt biological beings, transforming them into fellow blitzbots. 6 Rusherz had succumbed to this power, but were freed from it after Sudden Death's defeat.

Posted by RayJozwiak at 9:19 PM

. . . O foolish people, and without understanding; which have eyes, and see not. . . 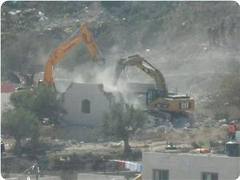 (from http://www.newstatesman.com/north-america/2011/09/bin-laden-cia-scheuer-qaeda)
". . . (Michael)Scheuer often singles out Israel for criticism, arguing that the US's "unquestioning support" for the Jewish state's dispossession of the Palestinians has helped radicalize young men across the Muslim world, boost al-Qaeda's status and endanger US national security. He has received hate mail and death threats in response, and says: "The anger within the Jewish community in the US towards me is quite extraordinary." He argues that he was sacked from a post at the Jamestown Foundation in 2009 for his anti-Israeli remarks.

Some have claimed - the late Palestinian leader Yasser Arafat included - that Bin Laden had little interest in the fate of the Palestinians, and that he cynically exploited the conflict after 9/11 to garner support from ordinary Muslims in his war against the west. "That's a complete lie, sir," Scheuer counters. "If you read the first thing [Bin Laden] wrote, there are probably nine or ten different references to Israel/Palestine . . . The idea that he was a Johnny-come-lately is completely made up."

Posted by RayJozwiak at 8:44 PM 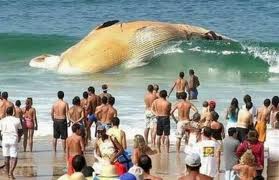 (from http://www.boilingfrogspost.com/2012/11/26/the-osama-bin-laden-myth/)
". . . The interview below with Osama bin Laden was conducted by the Karachi, Pakistan, daily newspaper, Ummat and published on September 28, 2001, 17 days after the alleged, but unsubstantiated, al Qaeda attack of September 11, 2001, on the World Trade Center twin towers and Pentagon. The interview was sensational. The alleged “mastermind” of 9/11 said that he and al Qaeda had nothing to do with the 9/11 attack. The British Broadcasting Corporation’s World Monitoring Service had the interview translated into English and made public on September 29, 2001.

Osama bin Laden’s sensational denial was not reported by the US print and TV media. It was not investigated by the executive branch. No one in the US Congress called attention to bin Laden’s refusal of responsibility for the greatest humiliation ever inflicted on a superpower.

To check my memory of the lack of coverage, I googled “Osama bin Laden’s interview denying responsibility for 9/11.” Some Internet sites reproduced the interview, but the only mainstream news source that I found was a 1 minute YouTube video from CNN in which the anchor, after quoting an al Jazeera report of bin Laden’s denial, concludes that “we can all weigh that in the scale of credibility and come to our own conclusions.” In other words, bin Laden had already been demonized, and his denial was not credible. . . "

I don't know what to think!

Posted by RayJozwiak at 8:09 PM 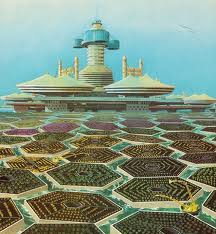 (from http://www.voterocky.org/meet_rocky)
". . . On August 11, 2011, Rocky (Ross C. Anderson) denounced the Democratic Party and resigned his affiliation with it. He wrote in a letter to the Democratic Congressional Campaign Committee that "The Constitution has been eviscerated while Democrats have stood by with nary a whimper. It is a bottom and gutless, unprincipled party, bought and paid for by the same interests that buy and pay for the Republican Party." On January 13, 2012, Anderson accepted the presidential nomination of the Justice Party, a new national political party. The Party’s primary principles are integrity, justice, and liberty for all.

The promotion of the public interest through the defeat of the systemic corruption that has caused massive failures in public policy.
An immediate end to the on-going wars
Essential health care coverage for all citizens
Urgent international leadership by the U.S. to prevent against the most catastrophic consequences of climate disruption
Adequate revenues to balance the budget through fair taxation
Treatment of substance abuse as a public health rather than a criminal justice issue
Control of the Federal Reserve by the Treasury Department and Congress
A balanced budget (or a surplus) except in times of war or major recession
An end to the legal concept of corporate “personhood”
A constitutional amendment to overrule Citizens United and to allow limits or prohibitions on the corrosive impact of money in our electoral system
An end to the stranglehold on our government by the military-industrial complex. . . "
Maybe one day soon. . .

Posted by RayJozwiak at 3:18 AM 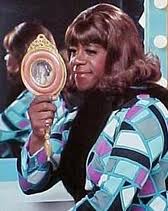 (from http://www.revbilly.com/about-us)
". . . Let’s talk about the Devil. Corporate Commercialism has sped up to a roar, virtually unopposed. Consumerism is normalized in the mind of the average person, sometimes we even refer to ourselves as consumers forgetting that we are also citizens, humans, men, women, animals. We forget that we share many resources, public spaces, libraries, information, history, sidewalks, streets, schools that we created laws and covenants and governments to protect us,, to support us, to help us… The subjugation of these resources and these laws to the forces of the market demands a response.

We are a post religious church. We hold “services” wherever we can, in concert halls, theaters, churches, community centers, forests, fields, parking lots, mall atriums, and perhaps most importantly, inside stores, as close to the cash register as we can get, within spitting distance of the point of purchase.

We sing, we dance, we preach, sometimes we perform small “interventions”, invisible plays, acts of ritual resistance. We exorcise cash registers and remythologize the retail environment, we illuminate the Devil. We make media and send it out around the world. We get hassled by security guards and sometimes get arrested.

Above all we try to complexify the moment of purchase, to snap people out their hypnosis and back into the mystery of being human. We remind people that things come from somewhere, that products have a resource past, a labor past. Someone made It, and It is made of something, we trace the route a product took to get on the shelf, the life it might have when we throw it away. We animate the objects that surround us and in so doing we re-animate ourselves. We become citizens again. . ." 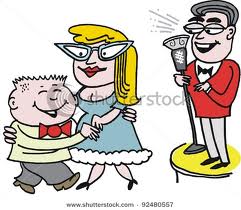 (from God Is Not Great by Christopher Hitchens)
". . .Religion comes from the period of human prehistory where nobody—not even the mighty Democritus who concluded that all matter was made from atoms—had the smallest idea what was going on. It comes from the bawling and fearful infancy of our species, and is a babyish attempt to meet our inescapable demand for knowledge (as well as for comfort, reassurance, and other infantile needs). Today the least educated of my children knows much more about the natural order than any of the founders of religion. . ."

Posted by RayJozwiak at 3:10 AM 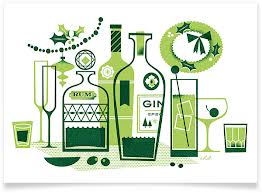 Posted by RayJozwiak at 6:00 AM 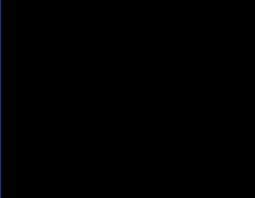 Very soon, a tremendous number of the earth's population will observe a 'celebration' of the birth of a possibly historical Palestinian Jew over 2,000 years ago, to whom the origin of a mega-religious institution (and philosophy) is attributed.  This person, whether truly historical or not,  totally human or some combination of spiritual, human, super-human, affected all humanity in the civilized (or semi-civilized) world that followed in some way or another.

(from NBC News.com)
". . . To those who spend the Friday following Thanksgiving doing things like spending time with family, or working, or volunteering, or attempting to construct the world's greatest turkey leftover sandwich, Black Friday devotees are a mystery. Yes, an estimated 147 million Americans plan to go shopping sometime this weekend, according the National Retail Federation. But who are these people, what's the psychology driving them to rise before dawn in pursuit of a deal -- and have they really never heard of online shopping?

"The deals are part of it, but I don't think it's the bigger piece of it," says Jane Thomas, a professor of marketing at Winthrop University in Rock Hill, S.C. "This is the family ritual, as much as eating turkey and dressing is -- it's going shopping as the start of the holiday season together.". . . "

Posted by RayJozwiak at 8:34 PM