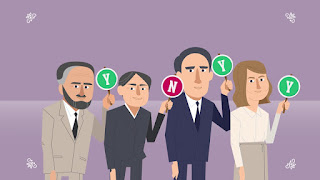 (from We Were Eight Years In Power by Ta-Nehisi Coates)

". . . And so the most powerful country in the world has handed over all of its affairs - the prosperity of an entire economy, the security of some 300 million citizens, the purity of its water, the viability of its air, the safety of its food, the future of its vast system of education, the soundness of its national highways, airways, and railways, the apocalyptic potential of its nuclear arsenal - to a carnival barker who introduced the phrase "grab 'em by the pussy" into the national lexicon. It is as if the white tribe united in demonstration to say, "If a black man can be president, then any white man - no matter how fallen - can be president." And in that perverse way the democratic dreams of Jefferson and Jackson were fulfilled. . . "

The Hours
©2017 Raymond M. Jozwiak
(from the unreleased 'Phatso' collection of improvisations on Moog Phatty

Follow me on Blogarama
Posted by RayJozwiak at 3:00 AM