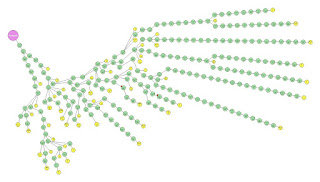 https://hackernoon.com/consistently-bad-parsing-of-yaml-ae23eb3676a1
. . . fatuous claims . . .
(from https://www.washingtonpost.com/politics/2020/06/05/trumps-claim-that-hes-done-more-blacks-than-any-president-since-lincoln/)
". . . “My Admin has done more for the Black Community than any President since Abraham Lincoln. Passed Opportunity Zones with @SenatorTimScott, guaranteed funding for HBCU’s, School Choice, passed Criminal Justice Reform, lowest Black unemployment, poverty, and crime rates in history.”
— President Trump, in a tweet, June 2, 2020. . . Lincoln, of course, freed the slaves in the Confederacy via the Emancipation Proclamation and pressed for passage of constitutional amendments to give them equal status under the law. . . LBJ’s Civil Rights Act and Voting Rights Act rank right next to Lincoln’s Emancipation Proclamation.” . . . Ulysses S. Grant (securing creation of Department of Justice and empowering the attorney general to prosecute the Ku Klux Klan and racial violence, etc.), Harry Truman (de-segregating the military, using executive order to circumvent a Congress dominated by the south). . . LBJ (also) signed his landmark Medicare Act in 1965, (securing) de-segregation of hospitals throughout the south, which had been universal, and anywhere else it existed. . . Barack Obama should be included for his success in passing the Affordable Care Act, which is one of the greatest anti-poverty measures that this country has ever enacted.”. . .
(and on the other hand)
Trump’s Opportunity Zones program, for instance, was supposed to channel investments into poor neighborhoods. But the New York Times revealed the “most visible impact so far has been to set off a feeding frenzy among the wealthiest Americans. They are poised to reap billions in untaxed profits on high-end apartment buildings and hotels in trendy neighborhoods, storage facilities that employ only a handful of workers or student housing in bustling college towns.”. . . The funding for Historically Black Colleges and Universities (HBCU) is a congressional initiative. “Congress does all this work and presents it to him in the budget, and he can choose to sign it. This year, he held off on signing some significant STEM funding, making HBCUs beg for it,” said Marybeth Gasman, a Rutgers professor and one of the leading authorities on HBCUs. “Most HBCU support is the result of Congress. Trump has promised all kinds of things to HBCUs and has followed through on little. Under Trump, the White House Initiative for HBCUs was moved to the White House and is quite quiet compared to the work under President Obama’s administration.”. . . School choice offers families money to attend charter schools or home-school eduction. Passage of the First Step Act, which overhauled federal sentencing laws, was a scaled-down version of an effort that began in 2015 and built on a law passed by Obama. . . . As for black unemployment rates, they continued on a downward trend that started in the Obama administration — until the coronavirus pandemic. “While it’s true that economic conditions under Trump continued to improve for blacks as well as whites, the devastation wrought by the pandemic has complicated his efforts to claim credit,” Greenberg said. “If he gets credit for the improving economy through early 2020, why should he avoid blame for the current state of the economy?”. . . "
What do you think? Tell me at
https://rayjozwiak.com/contact 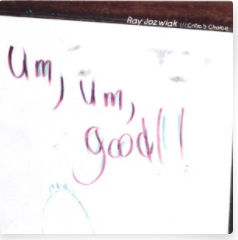