(from https://www.christianpost.com/voices/fri-2nd-embargo-for-noon-we-are-pro-life-evangelicals-for-biden.html?fbclid=IwAR1-4EYKrAIJttzUOnqG6gQmHQvM4abHfOMxZpaZM96_2Ci0vO83YxNLSJ0)". . . Prominent evangelical leaders have just released a statement urging pro-life evangelicals to vote for Joe Biden. . . The signers are diverse: a Trump voter in 2016; a lifelong Republican who refused to vote for Trump or Clinton in 2016; people who never before in their life publicly endorsed a presidential candidate until this year. . . Their statement acknowledges that “as pro-life evangelicals, we disagree with Vice President Biden and the Democratic platform on the issue of abortion.”  “But we believe,” the statement continues, “that a biblically shaped commitment to the sanctity of human life compels us to a consistent ethic of life that affirms the sanctity of human life from beginning to end. . . “The statement points out that many problems that better politics could correct violate the sanctity of human life. Poverty, lack of health care, racism and climate change all kill persons created in the image of God. They are all pro-life issues. . . Poverty and diseases we know how to prevent kill millions every year. . . Lack of health care kills people. Studies have shown that people without health insurance are less likely to visit a doctor, are more likely to have poor health, and die younger than persons with health insurance. . . Racism kills. We know that racism killed African-Americans in slavery and then later in thousands of lynchings. But even today, African-Americans are several times more likely than white Americans to be killed by the police. . . Climate change already kills untold thousands and will soon kill tens of millions unless we change. The overwhelming scientific consensus is that unless we quickly reduce the amount of greenhouse gases causing global warming that we send into the atmosphere, many millions will die. . ." 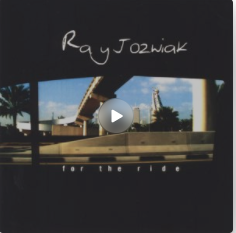