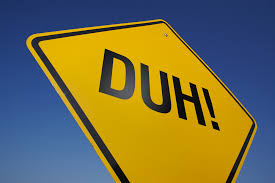 ". . . The Wisconsin Legislature's Black Caucus, which is composed entirely of Democrats, drafted the annual resolution to honor dozens of prominent African-Americans from Wisconsin. An early draft included (Colin) Kaepernick, the one-time San Francisco 49ers quarterback who started the movement of kneeling in protest during the national anthem at games. . . The resolution draft credited Kaepernick, a Milwaukee native, as an athlete and political activist who "has sought to raise attention to racial injustice and systemic oppression." . . . But Republicans blocked the resolution until Democrats agreed to leave Kaepernick out. He does not appear in the updated text. A final version has not been approved. . . State Assembly Majority Leader Jim Steineke, a Republican, said GOP lawmakers would not endorse Kaepernick's inclusion "for obvious reasons" and to avoid including controversial figures. The resolution's author, Democratic Rep. David Crowley, called the move a "slap in the face" and a "textbook example of white privilege," noting that he he had to "get the blessing of all of my white counterparts" to get the resolution passed. . . "