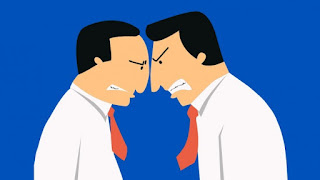 ". . . "Send her back!" a crowd at Trump's rally in Greenville, N.C., chanted of Omar as Trump paused for well more than 10 seconds . . . The conflation of race and country are essential to understanding how Trump can stoke racial resentment — and then claim that's not what he's doing. . . Perhaps accidentally, Sen. Lindsey Graham, R-S.C., clarified that point in defending Trump on Thursday. . . "I really do believe that if you're a Somali refugee who likes Trump, he's not going to say 'Go back to Somalia,'" Graham said. "A racist says 'Go back to Somalia' because you're a Somalian or you're a Muslim or whatever, that's just the way he is.". . . And there's the rub: The racial resentment can be cloaked in the caveat that Trump is pleased with people of color so long as they never disagree with him. If they do, he will paint their dissent — and them — as un-American. And if he's saying their disagreement is about patriotism, then he can argue it's not about their race. . ."