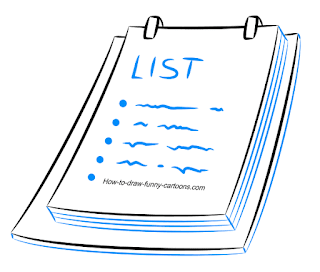 
. . . from a long, distinguished career of ". . . especially meritorious contribution to (1) the security or national interests of the United States, or (2) world peace, or (3) cultural or other significant public or private endeavors"

(from https://newsone.com/16051/top-10-racist-limbaugh-quotes/ and from http://www.msnbc.com/politicsnation/rush-limbaughs-most-outrageous-moments-25))
“Have you ever noticed how all composite pictures of wanted criminals resemble Jesse Jackson?”

“Look, let me put it to you this way: the NFL all too often looks like a game between the Bloods and the Crips without any weapons. There, I said it.”

“The NAACP should have riot rehearsal. They should get a liquor store and practice robberies.”

“They’re 12 percent of the population. Who the hell cares?”

[To an African American female caller]: “Take that bone out of your nose and call me back.”

“I think the media has been very desirous that a black quarterback do well.  They’re interested in black coaches and black quarterbacks doing well.  I think there’s a little hope invested in McNabb and he got a lot of credit for the performance of his team that he really didn’t deserve.”

Limbaugh called Obama a ‘halfrican American’ has said that Obama was not Black but Arab because Kenya is an Arab region, even though Arabs are less than one percent of Kenya.

Limbaugh claimed that Joe the Plumber, who isn’t even a plumber is more important in this (a past) election than Colin Powell, a decorated military veteran who has served honorably in three administrations.

“We need segregated buses… This is Obama’s America.”

“Socks is the White House (Clinton administration) cat. But did you know there is also a White House dog?” Comments made while displaying a picture of Chelsea Clinton, then a 13-year-old, on his TV show in 1994. (Source: TIME)

”Women should not be allowed on juries where the accused is a stud.”

“When a gay person turns his back on you, it is anything but an insult; it’s an invitation.”

Although Limbaugh has been implying since the 1990’s that Hillary Clinton metaphorically castrates men, keeping the spoils in a “testicle lockbox,” . . .

”Feminism was established so as to allow unattractive women easier access to the mainstream of society.”

“Women still live longer than men because their lives are easier.”

“He is exaggerating the effects of the disease. He’s moving all around and shaking and it’s purely an act. … This is really shameless of Michael J. Fox. Either he didn’t take his medication or he’s acting.”