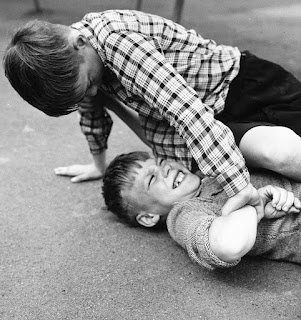 ". . . Sen. Tom Cotton (R-Ark.): "Qassem Soleimani masterminded Iran’s reign of terror for decades, including the deaths of hundreds of Americans. Tonight, he got what he richly deserved, and all those American soldiers who died by his hand also got what they deserved: justice.". . . Sen. Lindsey Graham (R-S.C.) "Wow - the price of killing and injuring Americans has just gone up drastically. Major blow to Iranian regime that has American blood on its hands. Soleimani was one of the most ruthless and vicious members of the Ayatollah's regime. He had American blood on his hands. I appreciate President Trump's bold action against Iranian aggression. To the Iranian government: if you want more, you will get more.". . . Sen. Ben Sasse (R-Neb.): "This is very simple: General Soleimani is dead because he was an evil bastard who murdered Americans. The President made the brave and right call, and Americans should be proud of our servicemembers who got the job done. Tehran is on edge - the mullahs have already slaughtered at least a thousand innocent Iranians - and before they lash out further they should know that the U.S. military can bring any and all of these IRGC butchers to their knees.". . . Sen. Ted Cruz (R-Tex.): "The end of Qasem Soleimani is welcome and long-overdue justice for the thousands of Americans killed or wounded by his Iranian-controlled forces across the Middle East, and for the hundreds of thousands of Syrians and Iraqi Sunnis ethnically cleansed by his militias.". . . Rep. Liz Cheney (R-Wyo.): "Qassem Soleimani was an evil and deadly terrorist with the blood of thousands, including hundreds of Americans, on his hands. President Trump was right to order decisive action to kill Soleimani to prevent further attacks and defend American lives and interests.". . ."

(from https://www.washingtonpost.com/world/middle_east/iran-vows-revenge-after-us-drone-strike-kills-elite-force-commander/2020/01/03/345127d6-2df4-11ea-bffe-020c88b3f120_story.html)
". . . "With his departure and with God's power, his work and path will not cease, and severe revenge awaits those criminals who have tainted their filthy hands with his blood and the blood of the other martyrs of last night's incident," Iran's supreme leader, Ayatollah Ali Khamenei, said in a statement. . .The country's defense minister, Amir Hatami, said the nighttime strike ordered by President Trump would be met with a "crushing" response. . ."