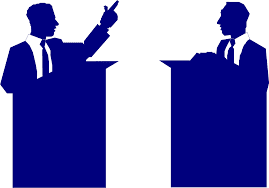 (from https://www.nbcnews.com/think/opinion/trump-s-2020-chances-look-bright-thanks-his-democratic-rivals-ncna1053456 By Keith Koffler) with comments from moi:
". . . Among the most enviable and least recognized qualities of a presidential candidate is something they share with lottery winners and bowling champions: A talent for dumb luck" . . .
Right on the the lottery, but it seems to me that bowling most certainly requires a fair amount of skill

". . . And for those politicians blessed with this wholly undeserved and unearned gift, the most valuable form of it, the lucky break coveted over all others, is a lousy opponent.  President Donald Trump demonstrated such talent in abundance in 2016 when he faced the widely despised Hillary Clinton". . .
No disagreement here

"This is not to say Trump won’t earn the presidency. Or that he did not in 2016 either. He adroitly tapped into a gold mine of discontent with the established order, understanding the anger in the hinterland far better than the professional politicians and pundits who couldn’t see the problems with the establishment because they were part of it. But he also got lucky with his opponent — and he barely won". . .
Yes! BARELY!  And 'earning' is not the word I would choose to describe how he got into office.  Furthermore, I hope 'earning' (at the present time) includes 'performing' and 'accomplishing' as well as 'comporting', none of which can be attributed to this president

". . . As if to ensure his reelection, the Democrats have come up with former Vice President Joe Biden as the alleged front-runner — at least according to current polls — anointing him the most electable of the lot". . .
Unfortunately, very true.

proclaimed a preference for truth over facts and briefly relocated mass shootings that had occurred in El Paso, Texas and Dayton, Ohio to Houston and Michigan.

". . . Former San Antonio Mayor Julian Castro blew the dog whistle on Biden’s mental state as loudly as possible. “Are you forgetting already what you said just two minutes ago?” he demanded after the former VP denied he had said people would have to buy into his health care plan". . .
Take heed Democrat/Biden supporter.  This is an indication of something.

". . .  the former vice president has been veering from the truth himself, including recent claims that he opposed the Iraq War from the beginning, that he didn’t oppose busing and a story about pinning a silver star on a service member in Afghanistan. . . "
See above.

". . . Neither of the two leftist Democrats running not too far behind Biden, Sens. Elizabeth Warren of Massachusetts or Bernie Sanders of Vermont, holds much chance of winning the presidency in a country where, according to the 2018 Election Day exit polls, a significant portion of voters consider themselves moderates". . .
Possibly, but '2018 exit polls'. . . C'MON!!!  Either Warren or Sanders would, in the election, scare the orange shit out of this clown.