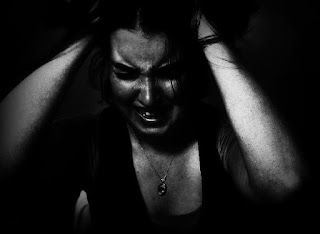 . . .  NO!  That's NOT what it is.  It is simply a recognition of behavior patterns and a need for honest explanation (and appropriate consequences) . . .


(from https://time.com/5557644/donald-trump-other-investigations-mueller/)
". . . Ongoing Investigations [facing Donald Trump]
Roger Stone criminal trial
There are a number of ongoing cases that will fall to the U.S. Attorney’s Office in D.C. One of the most prominent is around longtime Trump confidant Roger Stone, who was arrested in January 2019 as part of the Mueller investigation. He was charged with witness tampering and lying to Congress about his communications with WikiLeaks. After he posted about the case on social media, the judge placed him under a gag order. His trial is set for November, and federal prosecutors in D.C. will now handle his prosecution, according to the New York Times. . .

The hush money investigation
This case is located in the Southern District of New York and focused on payments Trump’s former lawyer Michael Cohen made on his behalf to women who allegedly had affairs with Trump. Cohen pleaded guilty in August of 2018 to campaign finance violations and other financial crimes, admitting he made payments to Karen McDougal and Stormy Daniels to keep them quiet in the run up the 2016 election. In December, he was sentenced to three years in prison. . .

Trump’s inauguration funding
Federal prosecutors in multiple offices have been looking into the record $107 million that Trump’s inauguration committee raised and asking questions about who the money came from, how it was spent and whether the committee gave donors favors or special access. . .

Pro-Trump super PAC
In December, the Times reported that prosecutors were interviewing people about whether Manafort illegally coordinated with the group while he was running Trump’s campaign, and whether the super PAC had taken in donations from people in Qatar or other Middle Eastern countries. So far, this investigation has not resulted in any indictments. . .

Trump Organization real estate deals
In another inquiry prompted by Cohen’s testimony, the New York attorney general this month began looking into several Trump Organization projects, including a failed attempt to buy the Buffalo Bills football team. Investigators sent subpoenas to Deutsche Bank and Investors Bank about the projects in early March, according to the Times. . .

The Trump Foundation
The New York attorney general’s office sued the Donald J. Trump Foundation and its directors last year, saying they engaged in a “shocking pattern of illegality.” The Trumps agreed to dissolve the foundation in December, but the suit is still going. The attorney general wants the Trumps to pay millions in penalties and bar him from serving on the board of any New York charity for a decade, while the Trumps are claiming that the suit was politically motivated. . .

Trump’s taxes
The New York state tax department said in October it was looking into allegations brought up in a New York Times investigation into decades of Trump’s “tax schemes.” New York City officials have also said they are examining Trump’s tax history. . .

Trump’s golf club employing undocumented immigrants
After two undocumented immigrants who worked at Trump’s golf club in New Jersey went public in interviews with the Times in December, federal and state investigators started looking into the situation. Lawyers for the two workers said in December that the FBI and the New Jersey attorney general’s office were examining allegations that the Trump golf club hired workers using fraudulent papers. Then in February, Democrats in Congress called for the FBI to fully investigate the situation. . .

House Judiciary Committee
In early March, the House Judiciary Committee launched a broad investigation into three main areas: whether Trump has obstructed justice; whether there has been corruption such as breaking campaign finance laws or misusing Trump’s office for personal gain; and whether Trump has abused his power through pardons or attacks on the press, judiciary or law enforcement agencies. . .

House Oversight Committee
This committee, led by Rep. Elijah Cummings, is also looking into a number of areas but the most prominent is its investigation into the Trump administration’s handling of security clearances. Concerns with the process increased in recent months after the New York Times reported that Trump intervened to overrule intelligence officials and obtain security clearance for his son-in-law Jared Kushner. A White House appointee also overruled intelligence officials on at least 30 staffers’ security clearances, according to NBC News. The House Oversight Committee has asked the White House for documents relating to the security clearances and aims to find out why concerns were being overruled. . .

House Foreign Affairs Committee
Democratic Rep. Eliot Engel, the committee chairman here, said in January he planned to investigate whether Trump’s business dealings abroad have affected his foreign policy decisions. He also wants to look into whether the President violated the Emoluments Clause of the Constitution. . .

Senate Intelligence
The Senate Intelligence Committee started investigating Russia’s election interference in 2017. Unlike its House counterpart, it issued a report in the summer of 2018 concluding that Russia did interfere in the 2016 election to try to help Trump. . . "