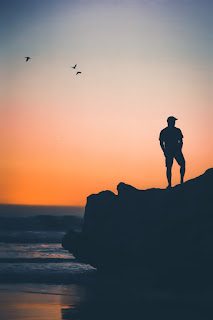 ". . . Emerson's (Electric Co. of Sydney, OH) and other companies' payments (Emerson made a $1,000 "special contribution" to each employee's 401(k) retirement account) were a publicity bonanza for the Trump administration and the then-Republican-controlled Congress. Back in 2017, as the tax bill moved on the Hill, lawmakers claimed the cut they proposed in the corporate tax rate to 21 percent from 35 percent would trickle down to workers in the form of higher wages and bonuses. Emerson's action, and similar bonuses and wage increases, trumpeted by hundreds of companies like AT&T Corp. and Walmart Corp., provided proof the Republicans had their economic theory right. . . Or did they? For many of those same companies, a tiny fraction of the total number of U.S. businesses, executives haven't yet announced another round of bonuses or wage increases with the same fanfare — even though the tax law continues to mean billions for their bottom lines. Several advocacy groups that tracked the announcements said no new proclamations have been issued. Americans for Tax Reform, a conservative anti-tax group run by Grover Norquist which boasted last year of ongoing "good news" in bonuses and benefit increases, hasn't reported any announcement for three months. Americans for Tax Reform didn't respond to requests for comment. . . Most American businesses that announced bonuses and wage increases seem to be more like Emerson, which has "no plans to make an additional 401(k) contribution this year," a company spokeswoman said. . . That's what has made the promise of higher compensation so far elusive. The Bureau of Labor Statistics reported nominal wages increased 3.2 percent in January year over year, and by less than one percent — three cents to $27.56 — month over month. While some economists have voiced enthusiasm about the improvement, other economists note that wages must grow for a sustained period to offset decades of stagnation. . ."