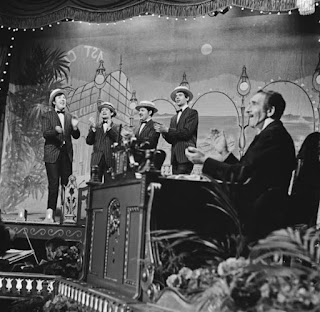 
(from Thomas Jefferson: The Art of Power by Jon Meacham)

". . . Jefferson wrote Adams in 1816. Jefferson took the broadest of views: "I steer my bark with hope in the head, leaving fear astern. My hopes, indeed, sometimes fail; but not oftener than the forebodings of the gloomy." . . . Adams was always less sanguine. "I dare not look beyond my nose into futurity," he wrote Jefferson. "Our money, our commerce, our religion, our national and state constitutions, even our arts and sciences, are so many seedpots of division, faction, sedition and rebellion. Everything is transmuted into an instrument of electioneering.". . . The past, he (Jefferson) thought, should hold no magical, unexamined claim over the present. "Some men look at Constitutions with sanctimonious reverence, and deem them, like the ark of the covenant, too sacred to be touched," he wrote in 1816 . . . "They ascribe to the men of the preceding age a wisdom more than human, and suppose what they did to be beyond amendment. I knew that age well: I belonged to it, and labored with it. It deserved well of its country. It was very like the present, but without the experience of the present: and 40 years of experience in government is worth a century of book-reading: and this they would say themselves, were they to rise from the dead. I am certainly not an advocate for frequent and untried changes in laws and constitutions...but I know also that the laws and institutions must go hand in hand with the progress of the human mind....We might as well require a man to wear still the coat which fitted him when a boy, as civilized society to remain ever under the regimen of their barbarous ancestors.". . . "