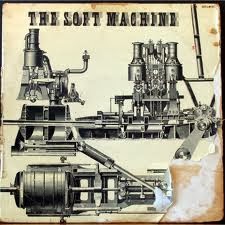 Robert Wyatt was a founding member of the Soft Machine, who along with Pink Floyd Helped to transform the late sixties psychedelic scene in the UK into something more lasting. Through successive albums, Soft Machine soon moved toward a more jazz-based fusion with rock music, punctuated by Wyatt's distinctive drumming and vocals, attracting a massive following across Europe. After extensive touring, Wyatt left intending to pursue a solo career, but instead assembled Matching Mole who released two critically acclaimed LP's before disbanding prematurely. In 1973, Wyatt fell from a third floor window during a party, leaving him paralysed from the waist downwards. From that day onwards he has concentrated his efforts into solo recordings, mixing simple and effective keyboard melody lines with poignant lyrics, often filled with personal and political references. The results have proved both haunting and reflective, even producing two chart hits - his 1974 re-working of 'I'm a Believer', and the 1983 Falklands War indictment 'Shipbuilding' written especially for him by Elvis Costello. Posted by RayJozwiak at 7:07 PM