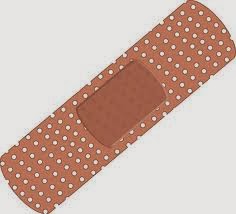 I thought my skin was growing a bit thicker after over ten years of huckstering original music performance and recordings but for some reason, certain things still hurt. A natural-born salesman I most certainly am NOT! When applying for employment upon college graduation I unconditionally dismissed any and all job openings that hinted of sales.  I generally feel that if someone wants or needs something, they will seek it.  Consequently I never wanted to be the one to present them with something which I WANTED them to want or need.

Truth is, my stance on the matter has not really changed in essence since then. The one thing that HAS changed is that, after learning about what constitutes a successful music career (and I guess I have to qualify that by adding "commercially" to 'successful' because let's face it, if you have any talent, ability or passion about music, you do want to reap rewards in the critical and/or financial realms) I am now able to 'salesify' enough to confront a potential audience.  That's just marketing, plain and simple.

Turns out that two 'reprimanding' comments were returned to me in response to my request for a vote;  one from a member I do not personally know and another from one I do.

*Sending unsolicited mass emails to DC musicians that you don't know asking for you vote isn't the best way to gain their support.

*I don't really care much for begging for votes.  Please don't include me
on your list.

Granted the comments were innocuous enough (at least maybe one more than the other) and I have removed the two names from my mailing list in respect of their wishes, or in the case of the first, his implication. Posted by RayJozwiak at 5:37 PM