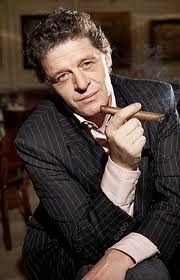 . . . was opening a 'music studio' in our very own east Baltimore neighborhood (speaking of accordions).   (I always thought the term 'music studio' sounded impressive.  Sophisticated, cultured and exclusive.)  This studio was to be called the Maryland Accordion Institute.  (Talk about impressive, sophisticated, cultured and exclusive!)  The phone call was telemarketing for prospective clientele, namely wee sprites who were interested in learning to play that prince of all reed instruments, king of the Bohemian beer hall, and butt of many, many jokes - the accordion.  But, this was not the perception held by myself at the time.  Nor was it the perception held by many in a similar position at the time.  It was, quite honestly (and truly, unashamedly) an interesting and desirable proposition.  I was, indeed, VERY interested in learning to play the accordion.  DAMNED interested.  Those Sunday afternoons listening to Dad play his accordion, combined with my natural love of music, possibly even my lack of ambition and talent on the guitar, all united in my seven year old brain forming a profound hunger to learn to play the accordion.  As odd as it sounds, I did not regret at the time, nor do I now regret not pursuing the 'cool' -er musical path of playing the guitar.  It just never occurred to me that that's what I should have done.  And I never looked back.

You haven't lived . . . until you've heard forty seven accordionists playing HALLELUJAH I'M A BUM on a cold, Monday evening in November.  Kinda warms the cockles of your heart.  We used to have 'band practice', not as in a conventional 'band' of various compatible instruments rehearsing together for a performance, but a 'band' meaning a group, and 'practice' meaning just that.  And many of us most certainly needed practice. Theoretically, the concept had musical merit.  Playing with other music students promoted an understanding of time, tempo and dynamics, following a 'conductor' (of sorts) and taught cooperation, support, sympathy, patience, harmony, rhythm and accompaniment.

The configuration was four rows of metal, folding chairs of about 8 - 10 facing the conductor (an accordion teacher, most often Mr. Edward (Taylor) Krawcyk, whose back was to a row of assorted couches and chairs where the parents of the students sat to 'enjoy' the music of their progeny.  The protocol had the 'new' or less senior (accordion-wise) students in the first row, with students 'promoted' to the following rows as they progressed in skill, or sometimes when they merely 'hung in there' for a period, with or without really improving technically at all.  And the coup de gras for seriously dedicated students of the squeezebox, during each band practice, was the opportunity to perform a solo.  Only two rows of students were allowed to perform a  'solo' each week, simply because of the one-hour time limit of the weekly gathering.  The first two rows would offer solos one week, with only the 3rd and 4th rows the following week.  And Oh Boy, did I look forward to my time to 'shine' with a solo every other week.  This performance opportunity was not taken lightly, by myself at least, and much time and toil was taken in the selection, preparation and eventual performance of my bimonthly accordion solo. Yeah, that taste of public attention, appreciation, the thrill, the communication, the connection between performer and audience cannot be underestimated.  It's not ego.  It is a need.  Like a drug.  The accordion band practice refined my experience and perception of the performer/audience relationship.

After several years of accordion band practice sessions, which were really low-calibre concerts, I'm not quite sure what inspired or motivated me since nothing clear remains in my memory of the motivation, I wrote my first original composition. "You couldn't play the music so you made up your own,"  was one good-natured comment I received from the father of another accordion student at the conclusion of accordion practice on the night I chose to perform an original composition as my solo.  In fact, it was my very first original composition. The piece was entitled THE NEW YORK STRANGERS.  It was essentially, half blues and half folk song. It was not verse-chorus-verse-chorus, or verse-chorus-bridge-verse-chorus in structure.  It was first-part-second-part (repeat).  It had lyrics.  Very simple lyrics which I, unfortunately (and embarrassingly) do remember so will not repeat here.  It was inspired by. . . nothing in particular but the need to write an original composition.  Well, isn't that ENOUGH? The best part of the entire experience, and the finest nuance of the memory, is the look of pride on my very own father's face as I received congratulations from several listeners that evening. Posted by RayJozwiak at 8:01 PM