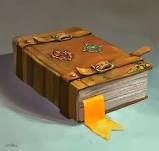 
(from The HIDDEN HISTORY of 9-11 edited by Paul Zarembka)
". . . [A] wise prince," advises Machiavelli, must whenever he has the occasion, foster with cunning some hostility so that in stamping it out his greatness will increase as a result."  I introduce a theory of terrorism inspired by Machiavelli's observation.  September 11 may be an example of expedient destruction ordered from within the state, a macabre instance of a state protection racket.  What I call Machiavellian state terrorism is terror/assassination performed for reasons different from the publicized ones; often initiated by persons or groups other than those suspected of the act; and - most important - secretly perpetrated by, or on behalf, of the violated state itself.  Machiavellian state terror advances the ruling agenda while disguising itself as the work of individuals or groups opposed to the state's fundamental principles.  I present as an example, an obscure 1971 assassination in Paris that obliquely foreshadows some critical elements of the official story of 9-11.  I conclude with a discussion on the importance of oppositional theory for maintaining a lively and democratic public discourse. . .'

Posted by RayJozwiak at 6:09 PM