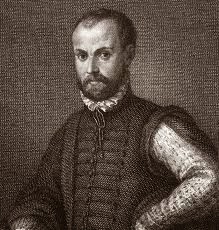 (from wikipedia.com)
"Machiavellianism", is a widely used negative term to characterize unscrupulous politicians of the sort Machiavelli described in The Prince. The book itself gained enormous notoriety and wide readership because the author seemed to be endorsing behavior often deemed as evil and immoral.


(from The Hidden History of 9-11, Edited by Paul Zarembka)
". . . It is vital in a democracy to question the state's own account of itself - to engage in what I call, oppositional theorizing.  Rather than accepting the official story of 9-11, which contains so many unsatisfactory elements, the left ought to theorize the attacks on New York and Washington from an oppositional standpoint. "Citizens are free . . . so long as nothing is hidden from them. Thus, they must watch, surveil, expose and reveal" (Dean, 2000, p. 16).  Sadly, the established left has done the opposite. Respected left commentators have embraced a radicalized version of the White House 9-11 account of September 11. (sic)  Claiming the attacks are payback for globalization exposes the left to charges of supporting terrorism.  Even while denying stereotyped views of Islam, the left hardly doubts bin Laden's "cartoonish parody ... [of] Muslims as angry and violent" (Gusterson, 2004, p. 144).

The left embraces a distorted notion of political violence that sees it as an understandable response of the weak to provocations of the powerful.  Yet, what I have called Machiavellian state terrorism is a common feature in history.  Acts of terror are vulnerable to manipulation, and far more likely to be a weapon of state rulers and their agents, than the oppressed masses.  As a legitimized protection racket, the state may be tempted to inflict harm secretly on its own citizens in order to achieve unpublicized but highly desired goals.  Rival power holders may find it inconvenient to confront lies which help maintain the current regime.  This is likely the case with September 11, which provided American power a convenient excuse to conduct ware on Afghanistan and Iraq that had been planned well before.  The left abjures conspiracy theory (while enabling the official bin Laden story) but oppositional theorizing - questioning government and looking for connections between events, perceiving the world "to be organized beneath the surface" (Sturken, 1997, p. 77) - is a critical feature of what it means to be vitally active in the political universe. . . "