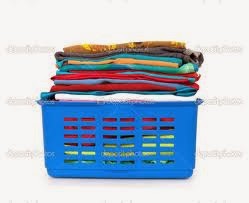 
(from http://en.wikipedia.org/wiki/Ben_Folds)
". . . Ben Folds eventually got a music publishing deal with Nashville music executive Scott Siman who saw Folds open for musician Marc Silvey (as well as playing bass for Silvey's band Mass Confusion), and moved to Nashville, Tennessee, to pursue it in 1990. He played drums for a short stint in Jody's Power Bill, headed by Millard Powers, Will Owsley, and Jody Spence. Jody's Power Bill was later renamed The Semantics. Folds did not take a creative role in the band. He, again, attracted interest from major labels. He ended up playing drums there as a session musician.

"In Nashville, I was running eight miles a day, hanging out with my friends, walking around eating chocolate-chip cookies and playing a lot of drums, which I enjoyed. Life was easy. I was never frustrated – even though I wasn't fulfilling my contract obligations. If you are failing in Nashville, at least your standard of living is nice. Nashville is a nice way to fail."

Folds attended the University of Miami's Frost School of Music on a percussion scholarship, but dropped out with one credit to go before graduating. He devoted a lot of time to working on piano technique. "I spent maybe six months just running scales with a metronome like a freak," Folds said. "I suppose that did something."

Folds tells audiences about a jury recital when he was a student at the University of Miami’s music school. A jury recital consists of playing a prepared repertoire (and sometimes unprepared pieces from prior years of training) before faculty members who apply a grade for the entire semester. Folds, a drummer, showed up with a broken hand from defending his roommate from bullies the night before, but was required to play anyway. He ended up losing his scholarship and in desperation threw his drum kit into the campus' Lake Osceola.

After leaving Miami, Folds moved to Montclair, New Jersey and began to act in theater troupes in New York City. He enjoyed it in 1993 to the point where he didn't want to keep pursuing a musical career. He also played weekly gigs at Sin-é, famous for being the cafe which had helped start Jeff Buckley's career.

Soon after, Folds moved back to North Carolina. The trio of Folds, bassist Robert Sledge, and drummer Darren Jessee formed Ben Folds Five in 1994 in Chapel Hill. As Folds put it, “Jeff Buckley was being signed at that time by Columbia and I was talking to Steve, his A&R guy, and somehow we knew the same people or something." Posted by RayJozwiak at 6:08 PM