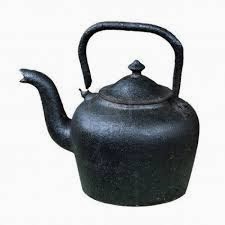 (from http://www.today.com/entertainment/katy-perry-naked-female-pop-stars-put-it-away-8C11488069)
Naked pop stars, hear Katy Perry roar: In a recent interview with NPR's "Weekend Edition," the Grammy-nominated singer protested the ongoing nudity present among women in music these days, and said it was time to "put it away."

"I do see myself becoming this, whatever, inspiration out of default right now, 'cause it's such a strange world," she told Scott Simon during an Oct. 26 chat to promote her new album, "Prism." "Like females in pop — everybody's getting naked. I mean, I've been naked but I don't feel like I always have to get naked to be noticed."

Perry has pushed the envelope on her own nudity, posing on the cover of "Teenage Dream" in the nude (though covered in crucial areas), and has worn suggestive clothing in her videos, like a bra that shoots whipped cream ("California Gurls").

When Simon asked if she was speaking of any one particular too-naked musician, Perry demurred. "I'm not talking about anyone in particular. I'm talking about all of them. I mean, it's like everybody's so naked. It's like, put it away. We know you've got it. I got it too. I've taken it off for — I've taken it out here and there. ... I know I have that sexy card in my deck, but I don't always have to use that card." Posted by RayJozwiak at 7:48 PM